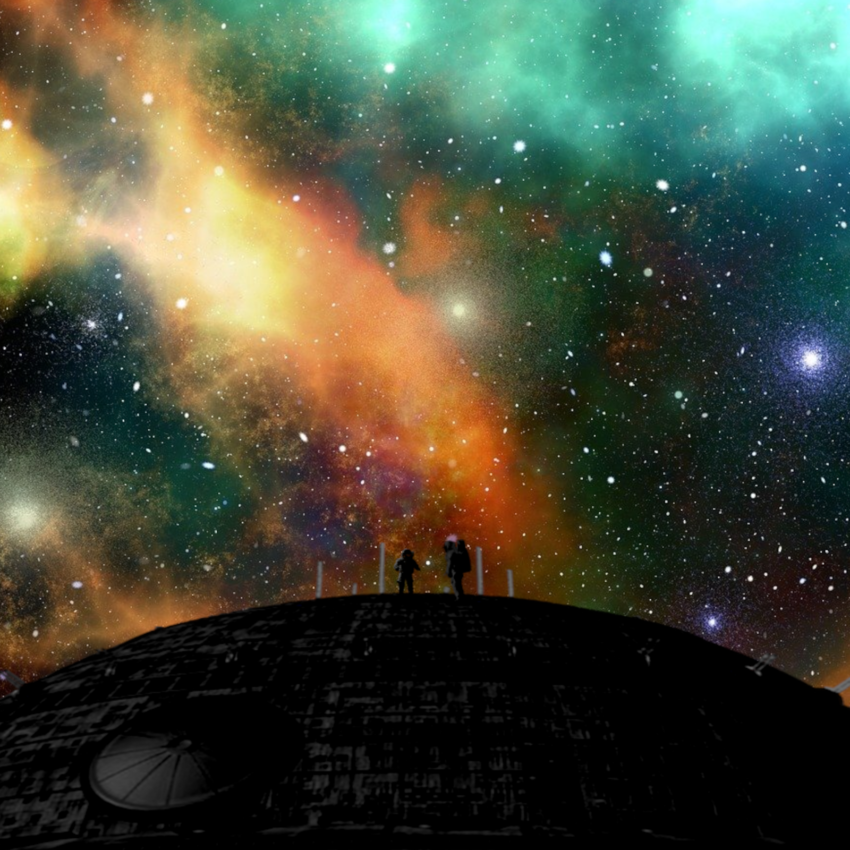 I love science fiction for the same reason I love journalism: I am fascinated with telling the truth.

They say that the truth is stranger than fiction, and that’s generally true because fiction has to make sense. The interesting thing to me is that if we pay attention to how fiction stories unfold, we can learn a lot about real life, too.

Over the next several months, I will be testing the waters of the publishing world in a few different ways. The first story is a classic science fiction epic called All the Moons of Petrichor. I’m releasing Book 1: Lost Ground on Vella in episodes that run roughly between 1200 and 1800 words, on Tuesdays and Fridays. So far, roughly 30 episodes are scheduled (though that may change with edits forthcoming).

Lost Ground is the first of several books (mostly novella length) in the Petrichor series. It follows the people of the generational ark Zarathustra as they cast out into the void for a new home. The ship finds itself in dire straits, unable to reach its destination system due to mysterious and possibly nefarious circumstances. Zedidiah “Zed” Quintas, the Director of the Medical Bay, exhibits an almost Sherlockian flare for detecting and solving mysteries. For instance, bodies that legitimately expired never showed up for Reclamation. That’s very bad news for a ship that runs on carefully balanced biomass generators.

Should Lost Ground perform well on Vella, the next story, Cuts Both Ways, is all ready and set to begin immediately. Thus far, there are seven tales in various states of completion, and several more that could emerge as time goes on.

My goal is for All the Moons of Petrichor to meander across imaginations indefinitely. It’s got a little bit of Firefly, a dash of Battlestar Galactica, a smidgeon of Marvel, and maybe a pinch of Buck Rogers and Flash Gordon. You’ll find quite a few more non-white people, though, as well as folks with all kinds of neurotypes. I have always imagined the future as celebrating diversity because, just like in real life, our strength often comes from our differences more than our commonalities.

* This is a reference to one of my favorite Robert Heinlein stories, “We Also Walk Dogs.” General Services is a company that does a little bit of everything, and they do it well. That is how I like to approach writing, both as a profession and a passion.